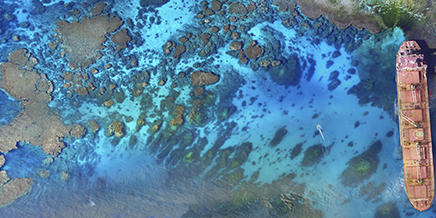 With recent changes to the Canadian drone regulations (back on June 1st), I started to think more about the last 5 years in the commercial drone industry.  A lot has changed over this period, with plenty of players arriving and exiting from the scene. I should know, as I was one of them back in early 2016, folding my company Crop Sensors after an arduous attempt to enter the precision agriculture space with drones.

When I think about my early business efforts, it makes me laugh and provides a good example of a drone operator that was considering the star of the show to be the technology used, when the vastly more important piece is the person who is analyzing, interpreting and making decisions from the data captured.  That person may or may not be the drone operator, but it can certainly save time and money when that is the case. In the case of my agricultural drone efforts, I was not the one providing final advice to the client due to my lack of experience in farming and plant pathology, for example.  I was dependent on crop specialists, agrologists and farm researchers to bridge this gap and provide insights to the client based on the remotely sensed data that I was collecting.  My central role was helping to capture this data from the air.  That is why someone like Greg Crutsinger is a great choice, as a dedicated crop specialist that also operates drones.  After this early experience, I came to realize that quality drone data capture and solid client relations on their own is not enough to succeed in the drone services game. 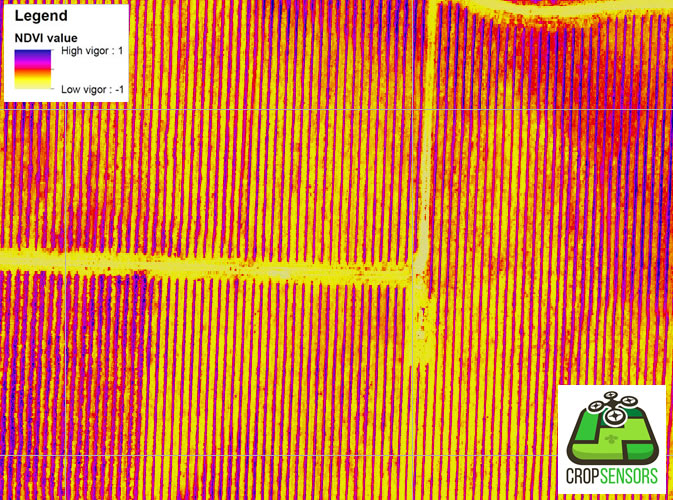 An NDVI map of a winery that I flew up in Oliver, BC … this imagery was from a modified Canon in the Swinglet CAM (Sensefly’s first release).

It’s not uncommon to see this type of drone startup owner pop up on LinkedIn or elsewhere on social media. This is the guy or gal that is overly excited about drone technology but has no real background in the market they are serving and is attempting to be everything to all clients.  Posting a fancy-looking 3D model, aerial video or nicely stitched orthomosaic for all to see their “professional data”  …with little explanation of how it helped the client to make smarter decisions and save money. I was once that same guy, so I have no problems calling it out so that others don’t make the same mistake.  You better be doing more than capturing shiny datasets in today’s commercial drone industry, or you won’t last long.  Drone services is a tough arena play in, and the most serious players are thinking far beyond data collection and basic data delivery (which is becoming easier every year, in case you haven’t noticed).  A recent post by a surveyor who was highlighting the need for extensive quality control in his drone data summed it up well: “there is no easy button here when it comes to quality data delivery”.

To find some quality indicators of a drone services company that has embraced a stable vision, look no further than the job postings at that company.  You will notice that some of the most successful RPAS firms are investing in custom software engineers and full-stack developers to help in achieving their goals.  Drone capture can generate a tremendous amount of data, but is that data being used in the most efficient and impactful way?

Take a look at Cyberhawk’s iHawk software, Australian UAV’s inSite tools, or the Propeller Platform to name a few.  This is the level that you need to strive for when it comes to taking your captured data, analyzing it, and presenting it in a way that actually helps your clients.  When drones were still brand new to industry, there was some client satisfaction if you were able to get a capable drone in the air, capture data, and process data with mainstream software liked Pix4D, Agisoft Metashape (formerly Photoscan) for mapping, or Adobe software for static photos and video clips, for example.  Today, these are bare minimum requirements for a drone services company.  As drone services have evolved, so have clients’ expectations – and rightly so.  Quality data capture is now a basic expectation, in many types of environments and conditions.

iHawk, software that takes drone captured data to the next level for clients to analyze, interpret and help with important decisions on site.

If you aren’t able to confidently answer at least four of these questions, be aware that many drone-enabled firms can easily answer these questions, and are operating at a higher level.  While the barrier to entry for starting a drone business (or incorporating drones into a company’s operations) seems to be low from a drone hardware standpoint, there is a big difference between just being in the game and being a viable, long-term player in it.

The Latest and Greatest Can Be Costly

Beyond the efficient interpretation and analysis of drone-captured data, some firms are separating themselves from the pack with a much higher level of investment.  I’ve seen some good and bad examples of this in recent years.  With deep pockets and good timing, a company can propel ahead in the drone game, and a good example of this resides in the film industry.  Not everyone can match the custom-built drone technology that a Revered Cinema brings to the table, for example.  They have a solid approach to marketing as well, including direct statistical comparisons of their custom drones to the latest from their top competition (see video below).

Rapture drone from Revered Cinema for professional film shoots from the air (2018).

Other examples that I’ve seen have proven that being on the leading edge can easily shift over to the bleeding edge on occasion.  One example was an experience I had with an Okanagan-based provider who had been mounting LiDAR on one of their large quadcopter builds.  I was involved with a pipeline RoW project that was a good candidate for LiDAR (versus photogrammetry) due to the need for quality terrain data and the overgrowth present on site.  After receiving a quote from them, I almost fell to the floor.  I can understand the need for return on investment and make sure you are charging what you are worth, but this was excessive.  It was more than double what traditional LiDAR data collection would have cost for a site of this size.  The moral of this story was the infancy of Remotely Piloted Aircraft and LiDAR systems.  Over the next year, prices will continue to drop with more RPAS-compatible LiDAR sensors added to the mix (such as Ouster) and in turn, the price for this service will come down as well.

In summary, there are no shortcuts to providing top quality drone services, even if it seems like that is possible when you are new to the industry.  The commercial drone industry is maturing at a rapid pace, and I think everyone involved has a lot more to gain in the coming years as longer range operations (i.e. Beyond Visual Line of Sight flight missions) become more common, flight times are maximized, and drone/sensor technology continues to advance.

(Side note about the photo at the top of this post:  this shows part of an orthomosaic that I compiled earlier this year in the Solomon Islands, flown during a spill response down there.  Overall, a great experience utilizing drones for shoreline cleanup, skimming support and daily oil tracking.

5 Takeaways from the Last 5 Years in the Drone Services Industry
March 13, 2018

At Strategic we work with many types of natural re

One of our core offerings for our drone program is

We're looking for a new team member to join our te

Preparing to launch on site on northern Vancouver

Our hotspot categorization tool is used to extend

Now that we have pilots and drones distributed amo

Emma, one of our Advanced pilots on the North Isla

For use during a spill response, we have developed

Follow on Instagram
This error message is only visible to WordPress admins
There has been a problem with your Instagram Feed.
Go to Top
wpDiscuz
0
0
Would love your thoughts, please comment.x
()
x
| Reply